Her work was commissioned to calligraph the signboard at Musahino Imperial Mausoleum (mausoleum complex of Japanese Emperors).

Most recently works of her art appeared in the philosopher and poet’s book Dr. Paul Briot’s newest 2017 edition of Le Rayonnant…un art vers l’Infini…   Her recent book Cosmic Calligraphy, the World of Saiso Shimada  (also 2017) is introduced with forward written by the curator of the State Hermitage Museum : Aleksey Bogolyubov, a specialist on Japanese art.

“This wonderous space created by her work brings forth pure emotion and will bring deep healing to people’s hearts and minds.” 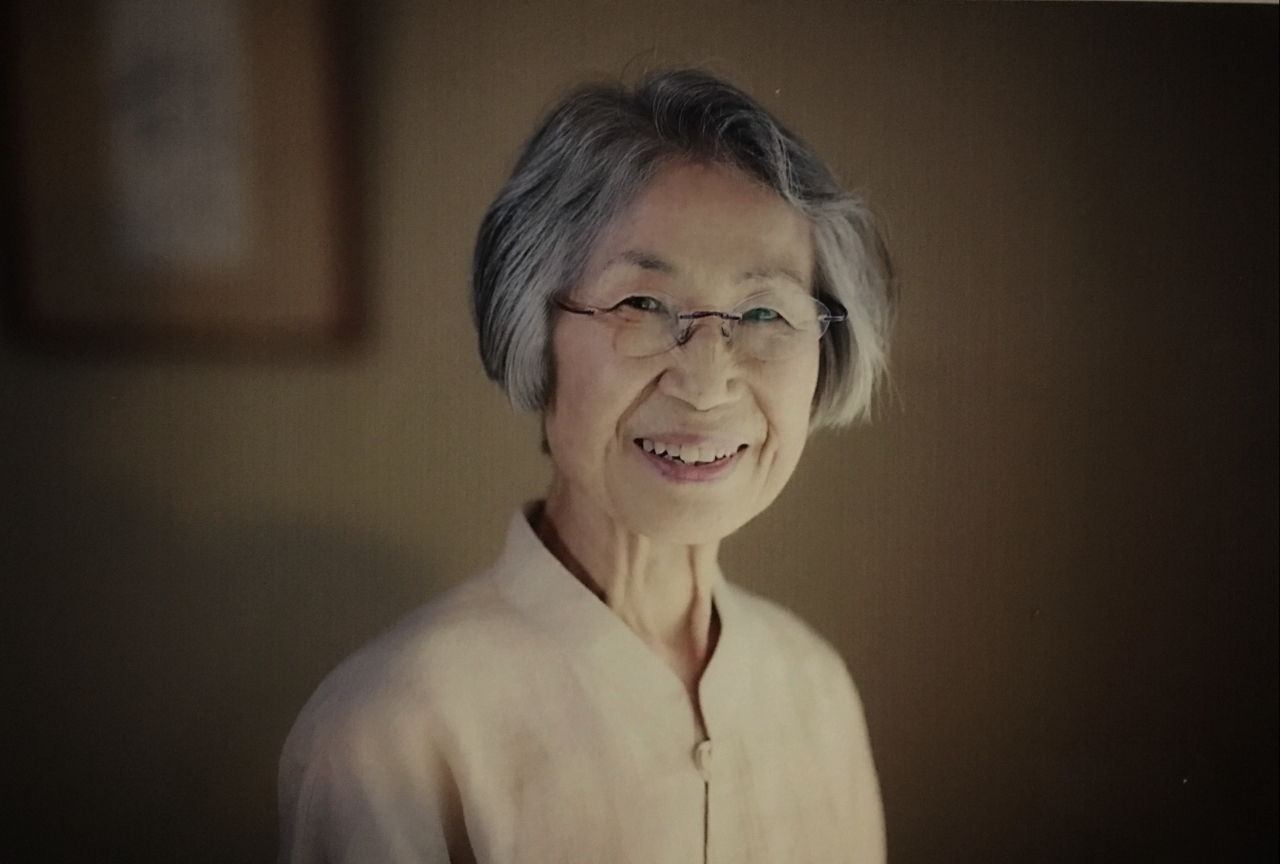 Combines profound knowledge of calligraphy with Zen & over 15 years of Kikou (Qigong).  Each stroke is anchored in breath.

It took Nathalie Ishizuka three years to find Saiso Shimada, but it was well worth the wait.

While many artists meditate, Shimada had her own unique style and life exuded from her art with an energy that surprises and heals.

“She uses breath in a way I have never seen before,” says Ishizuka.  Each stroke is advanced yoga, each breath channels energy on to the paper for us to enjoy for many many years ahead.

Shimada paints together the present and the future: a flow of energy that is Japan’s spirit pointed upwards like a samurai sword.  It is vertical as is the human spirit inciting Japan to move in a new direction and to focus on what is important.  The incision is not horizontal, but vertical.

A new transformation through art.  Since shodo ink captures energy on paper and can keep it for many many years, sitting in front of one of these paintings is a sure way to enfuse oneself with new life.

After one meditation of Shimada not being her body nor her mind, Shimada’s calligraphy changed as did the energy in the characters.  Sitting in front of that painting Ishizuka can still feel its energy.   It sits at my desk to enfuse me with its strength.

JOY
The practice of Shimada’s writing itself is a healing experience as is sitting in front of one of her paintings.
Joy arises.
Spaciousness.
A place where time stops.
Behind each painting is a story, a place, an opening.

How many artists when you ask them to draw an auto-portrait draw their spirit? 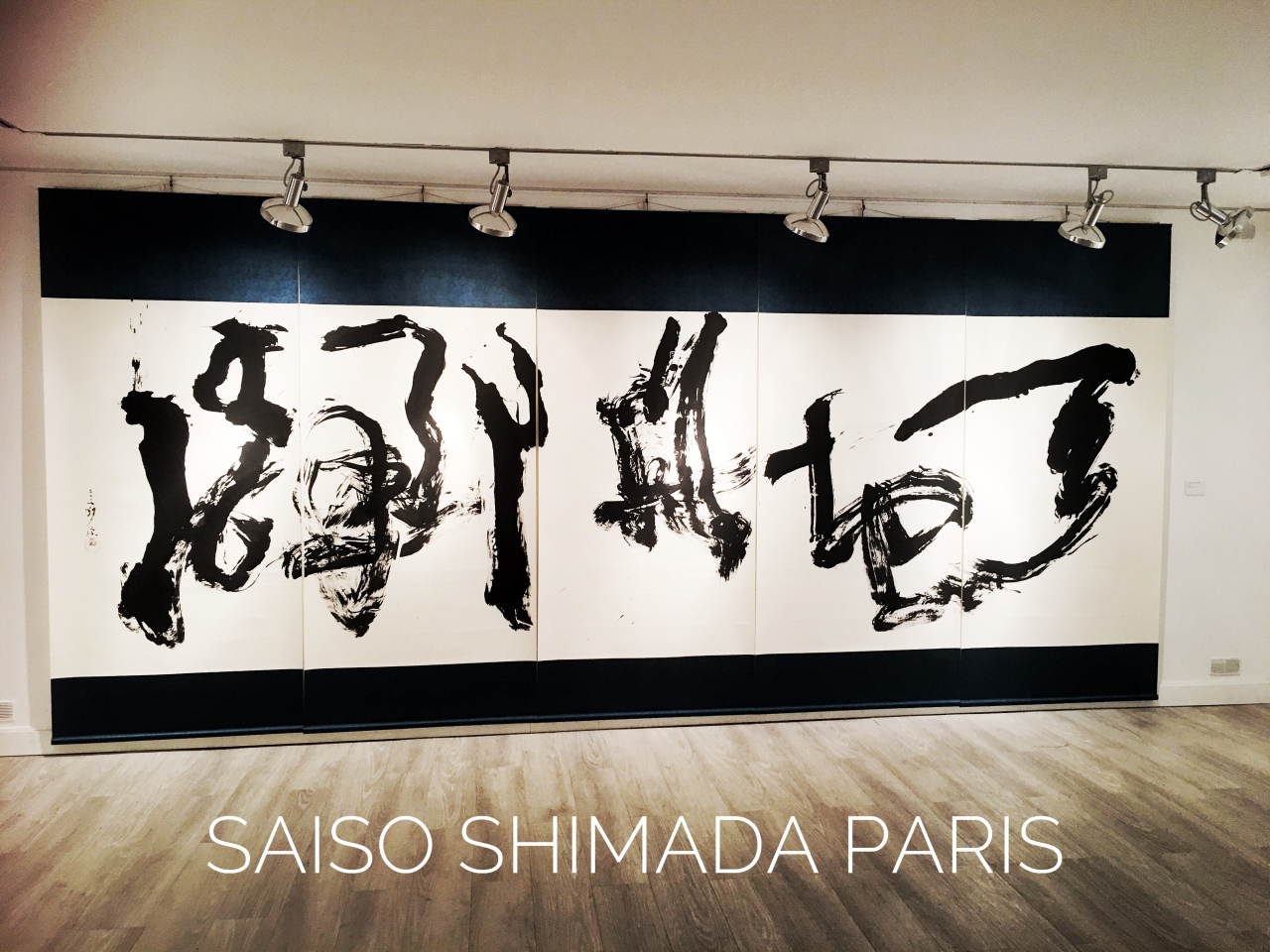 Saiso Shimada Teaches Shodo in Temples in Tokyo and has been asked by organizations to introduce Shodo and Design at high levels including the Top Design Team at Nike.

Her work was commissioned to calligraph the signboard at Musahino Imperial Mausoleum (mausoleum complex of Japanese Emperors).

Her spirit and grace makes her presence invaluable and a beautiful gift to us all.